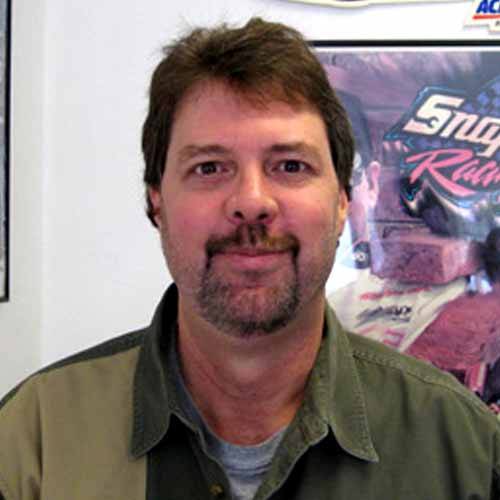 James has been in the automotive repair industry for over 41 years. In 1977 he started as a mechanics helper in the family business, Bracken Motor Company. He learned the automotive service trade from his grandfather, father and uncles. In 1984 James went to work as a RV mechanic for Wayne’s RV.  James started Advantage Automotive in 1987 as a mobile repair service. In 1990 he moved the business into a 4-bay warehouse near Eubank & Central. As demand for larger vehicle repair grew, he built the current 8,000 square foot facility at Juan Tabo & I-40 in 2002.  James is an ASE Certified Master Technician.

Outside of work, James enjoys woodworking and now has a complete modern woodshop.  He enjoys spending his weekends there building cabinets and furniture or going for motorcycle rides on his Victory or Indian motorcycles.